He nervously looks up and asks, “Lord? Is that you?”

“No, this is the manager of the skating rink!” 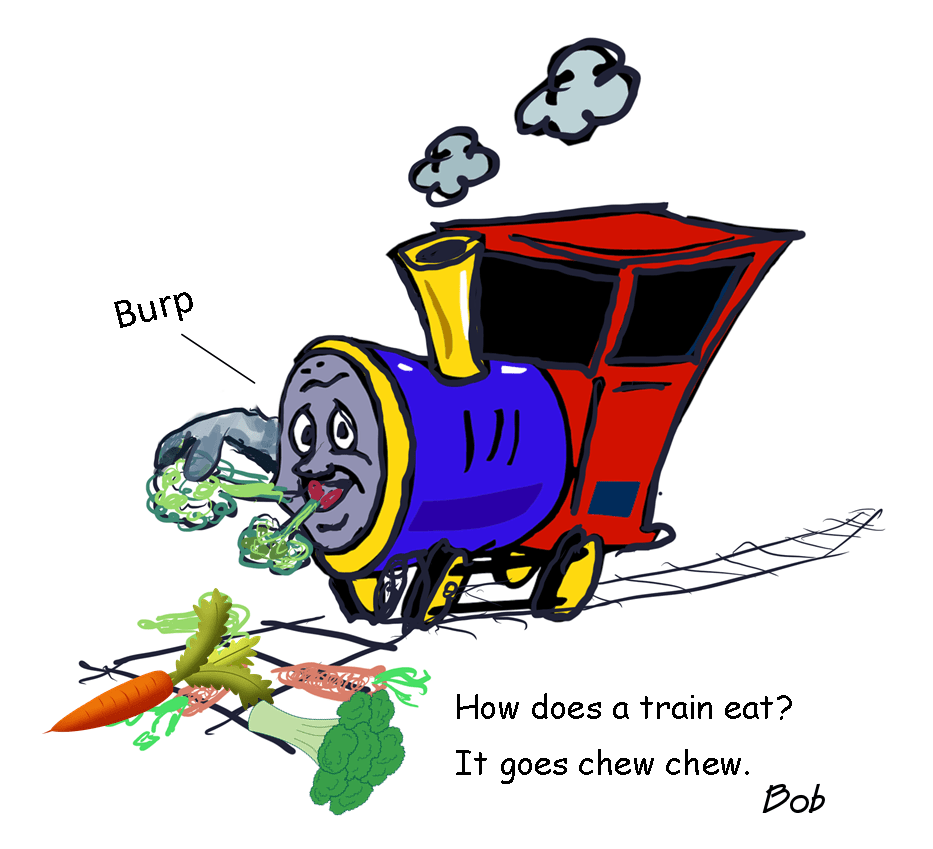 A frugal widow goes to  the newspaper to take out an obituary notice for her late  husband. “How much?” she asks the fellow behind the counter.

“One dollar per word,”  he says.

She nearly faints but collects herself. “Very well, make it ‘MacGregor died. Volvo for sale.”

And remember, everything is in walking distance if you have enough time.

A local monastery was going bankrupt. The abbot didn’t know what to do. The brothers had a meeting, and decided to open a great Olde English Fish-N’-Chips stand. One day, a man knocked on the door. After one of the brothers answered the door, the man asked, “May I have just an order of fries?”

The brother said, “Hold on a moment. I’m the fish friar. You want the chip monk.”

Rick was sitting in a kayak and he got chilly, so he lit a fire in the craft.   It sank – proving once and for all that:   you can’t have your kayak and heat it, too.

A three-legged dog walks into a saloon in the Old West. He sidles up to the bar and announces:

“I’m looking for the man who shot my paw.”

Is it worth it to tell jokes that need an explanation. You have to first hear the explanation and then say, “Oh yeah, funny!”  Maybe it’s too much work.  If you know some of the Marvel comics heroes, here’s a joke with an explanation. If the Silver Surfer and Iron Man team up, they’d be alloys.

Explanation: In chemistry, an alloy is a mixture of metals. Silver and Iron are both metals, so if these guys teamed up they wouldn’t just be allies, they would be alloys too.

Hope you like these cartoons and jokes.  If you know of any better ones, just send them to me.  I’ll even give you credit.