Optical Archiving Libraries make it easy to protect your data.
by Bob Mesnik 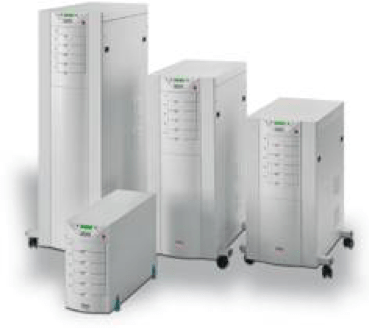 So you are being dragged kicking and screaming to archive your e-mails and data. What can you do that doesn’t cost an arm and a leg? Well, the new jukebox library systems with the latest 100 GB media are now an economical alternative to tape, and provide the best way to archive your data.

The library software makes the jukeboxes easy to use so you can archive your data quickly and automatically.  Blu-ray media is now the same price per megabyte as the tape media, and provides archive quality that’s not available with tape.

Whether you select a small library with a single drive or large multi-drive libraries, you can use library software to automatically copy data to the optical discs.  Data can span across multiple discs making it very easy to store large files.  The latest jukeboxes include magazines that hold up to 35 discs, so you can store the discs off-line in a drawer or cabinet until you need to read them. You can read the discs using the same library by placing the magazine back in the library. If you need faster access to the data, you can use a larger jukebox or library system that can hold hundreds of discs. The jukebox or library is more complex and provides not only archiving (writing), but also easy on-line accessing (or reading) of the disc.

The Difference between Backing up and archiving
Most people can’t recover emails from even a year or two ago. Why? Because even if system backups are performed regularly, the emails are often deleted from servers during routine tape rotations. Tape can also break, wear out and become demagnetized. But what happens when some of those emails or files are needed in a lawsuit? Or what if a regulatory agency asks for specific emails and you can’t produce them? The liabilities to an organization can be substantial Tape backups are relatively short term storage of data. It protects your data from inadvertent erasures, system crashes that destroy the data or catastrophes that damage your data center.  Tape is usually used because it’s fast and relatively automatic. But, it is not archival media.  Archiving means you will copy data to media that will last for over 20 years. Optical discs are the only media that is rated for this long term storage, with estimated life of 50 to 100 years. Experts agree that optical media is the most rugged and reliable backup media available.

Blu-ray WORM (Write Once Read Many) is Non-erasable, non-rewritable optical media that can be stored off-site. This is a critical specification for publicly-held corporations, healthcare, brokerage and financial institutions and others who must meet the strict email, data and document retention requirements of Sarbanes-Oxley, SEC 17-a, HIPAA and a host of other government regulations.

Blu-ray disc technology is also highly desirable for any organization that needs to be able to quickly and reliably retrieve data and files of all types without overburdening primary storage devices or media. In this case, Jukeboxes or libraries are used. Not only can they be used to archive your data, they can also be used to easily retrieve the stored data.

The Jukebox – Background
The jukebox concept hasn’t changed much over the years.  It consists of a number of drives, shelves for holding the media and robotics that pick the media and move them in and out of the drives.  The mechanisms have improved, becoming more reliable, and moving the media quickly and safely. One of the major improvements has been made in the availability of data caching which improves the overall performance of the system.  The first optical jukeboxes used 12-inch WORM media.  Sony sold one of the first commercial large scale systems to the US Patent and Trademark Office in 1984.  Later jukeboxes switched to CD-R, and then DVD-R media.  Today they use Blu-ray media.

Example of an Optical Library:  HIT-Storage
HIT Storage has libraries that range in capacity from 35 to 560 discs.  They use 35 disc magazines that make it easy to remove and store off-line.  It is important to note that each magazine has an identification (using RFID) that allows the user to easily identify the magazine when it is in or out of the library.  After all, if you store many magazines on a shelf, it would be very nice to be able to find the one you are looking for.

You can add up to 16 optical drives and the disc capacity is not affected by the addition of drives. You can store up to 28 TB of data.

The Media – the Key to compatibility One of the first writable optical media was developed by Sony in the mid 1980s.  This 12-inch platter held about 6 G Bytes of data. A number of other manufacturers also came out with competing media.  Each was different and claimed advantages over the competition.  Unfortunately, this resulted in a lot of confusion and uncertainty from the users.

The confusion continued into the early 2000s when much larger capacity discs became available. Again there were multiple standards and media types. HD DVD discs, UDO and Blu-ray competed for a share of the same market.  The winner was crowned when Sony’s Blu-ray technology captured the movie market.

Currently Blu-ray discs hold up to 100 GB of data. Future generations will hold up to 200 GB on 8 layers. It will increase recording speed to 288 Mbits/sec. For more about Blu-Ray, take a look at our article How Blu-ray Optical Discs Work.

Archiving Software for Jukeboxes and Libraries There used to be many software solutions available for tracking the information on optical discs, but today StorageQuest and Point Storage are the primary solutions available.  StorageQuest provides an appliance that includes hard drive caching that speeds up access.  Point Storage provides a software solution that provides a complete storage manager for your optical library. Besides providing easy archiving and retrieval of data it adds powerful storage management functions that make it easy to assure that your information is secure and easy to retrieve.

The Multi Tier Storage Architecture is one of the primary features of this software.  It migrates data to an appropriate storage tier depending on its status. A tiered storage concept combines the advantages of different storage technologies (hard disk, tape and optical) into an optimal storage mix.

The easy migration of data from high speed memory, hard drives, optical media and then off-line archived media make the jukebox libraries very easy to use.